Concept of redevelopment of the Railway Station, Katowice

The newly-designed complex has been planned through the use of modern architectural dialogue. It is characterised by a diversity specific to typical multifunctional sites, while retaining its character and remaining, through its context and identity, a recognisable part of  the local cityscape of the surrounding Silesian metropolis.The widespread use of ceramic cladding on the façades provides a reference between Silesian tradition and the newest technologies. A key feature of the architectural dialogue introduced in the design of the complex is the creation of a symbolic landmark – something which is crucial for a building of this scale and importance, as it houses crucial functions for the city and its region. The existing railway station’s architecture, with its ferro-concrete ‘chalices’, has been displayed here, among others through the use of the appropriate shaping of the structure’s cubature, which ‘twists’ around them. The flowing curves of the new structure remain in stark contrast to the ‘brutal’ aesthetics of the concrete chalices. While acknowledging the landmark function of the existing building, the main function of the site as a railway terminal has been planned on the Plac Szewczyka square, at the closing of Stawowa street. This provides a vantage point from which the old structure is visible and carries over the building’s function from afar 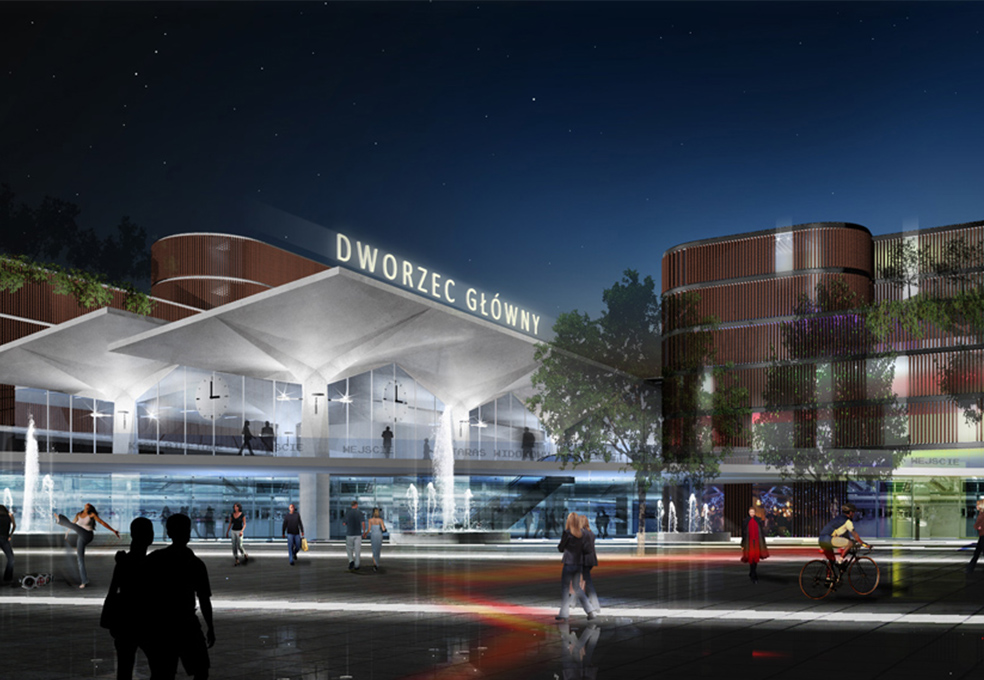 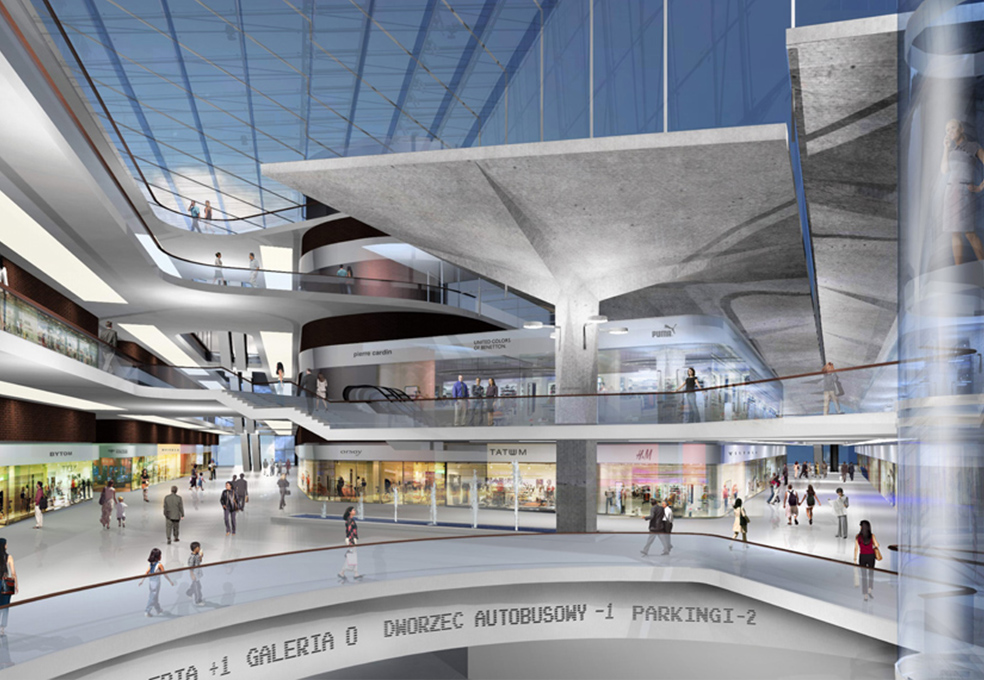 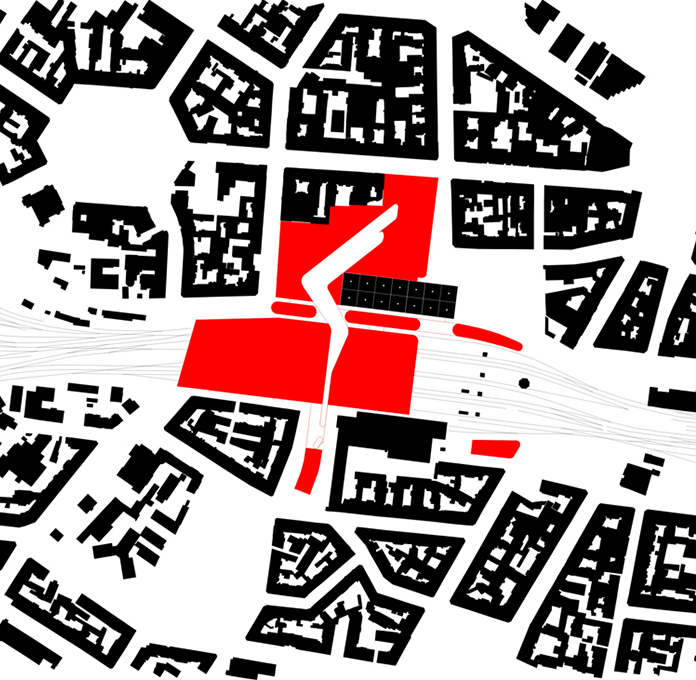