COMPOSITION
An important element of spatial order in the city are functional connections, viewing axes and legible urban borders. The main axis of the campus of the Music Academy not only sets a consistent internal layout but also connects with the St. Mary's Church in a scenic view. Both of these
dominants have a strong impact on building the identity of not only this place but the entire city.

We closed the logically planned program of the new building
in a rectangle corresponding to the outer edges of the main building. Cut in accordance with the functional division and spaced perpendicular to the main axis of the Campus, it sets the frame for a multifunctional atrium. The glass entrance hall allows attractive view openings towards the Academy and the Church, clearly embedding it in the structure of the city and campus.

BASE
The historic building of the former School of Construction
Crafts has been serving as the seat of the oldest university in Silesia, the Music Academy in Katowice for years. Its tectonics, scale, proportions and materials used defined the structure and language of the new building. Simple in form, massive
pedestal with characteristically laid brick creates a modern ornament for us by establishing a dialogue with the brick used in all the campus buildings. Using of this material in the ground floor physically and metaphorically becomes the
foundation, base, starting point for a new building and a new field of education at the Music Academy.

MOVEMENT
Another important inspiration was the functional program,
which clearly defines the purpose of the new facility for dance, theater and music classes and performances. We decided to transfer this energy, movement and emotions expressed by the artists and received by the spectators on the stage to the upper floors. Glass, translucent but not transparent solids on the
facade show an unspeakable spectacle of lights and shadows of the practicing artists, AT the same time providing them maximum intimacy so important in creative development. 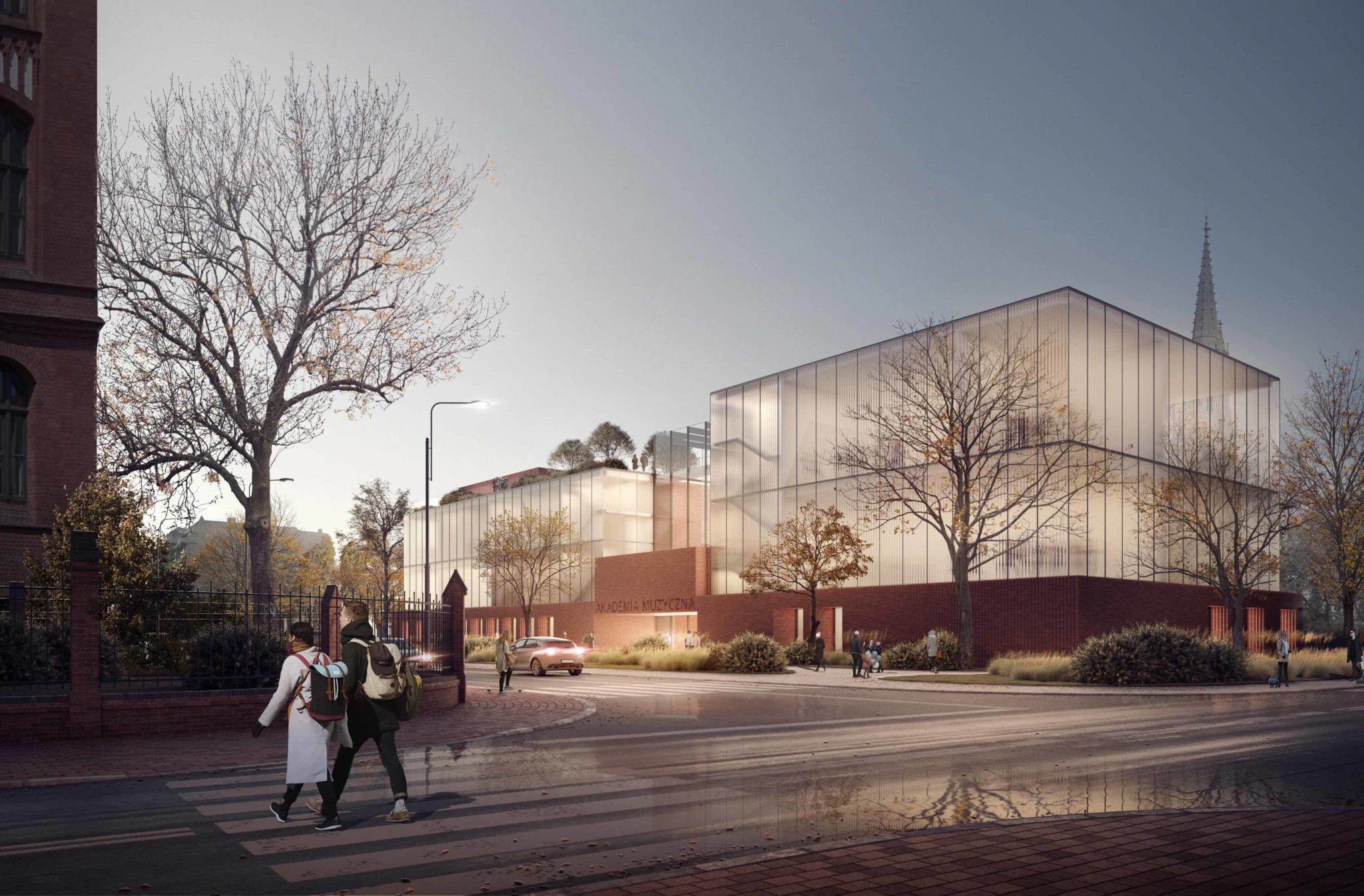 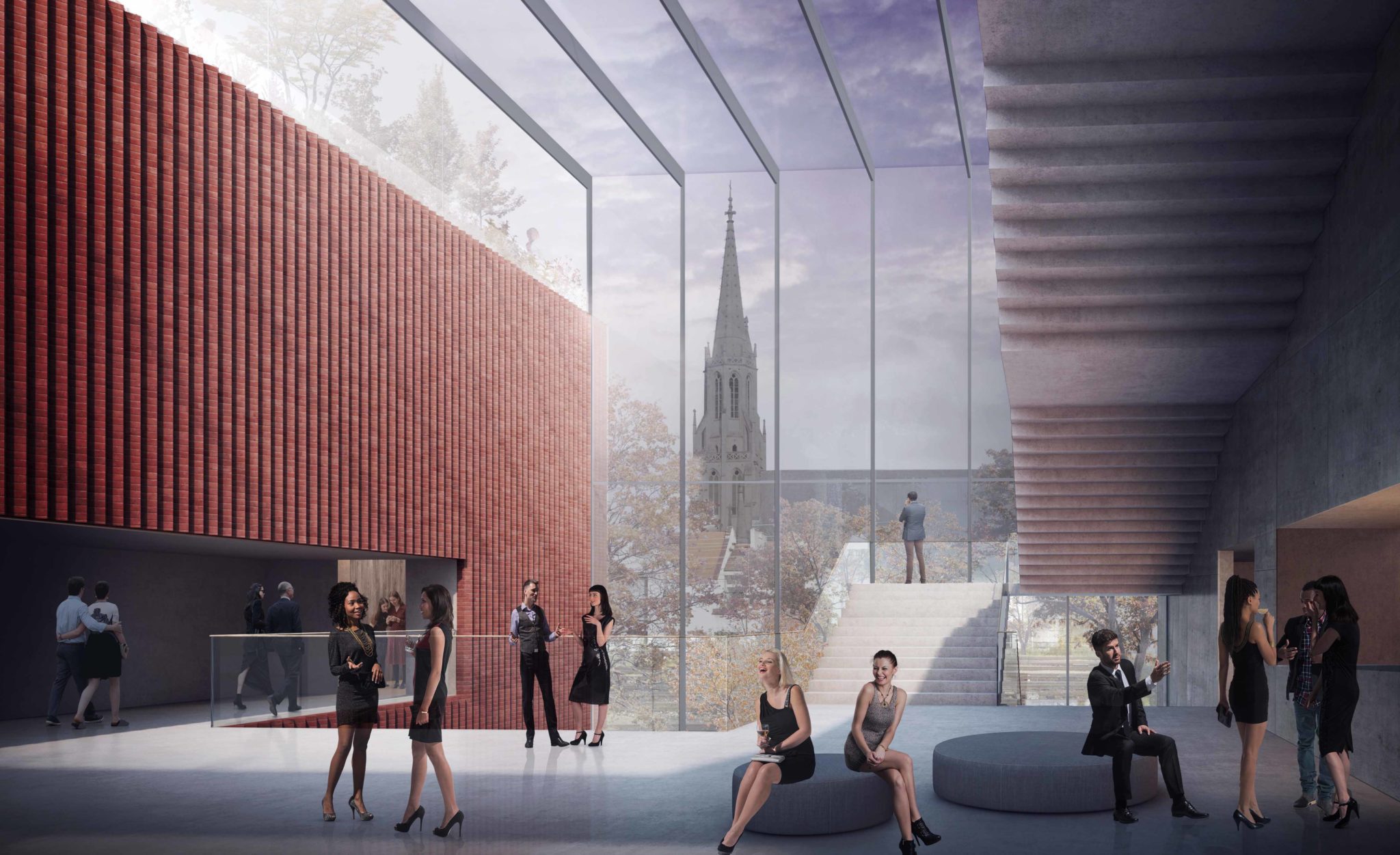 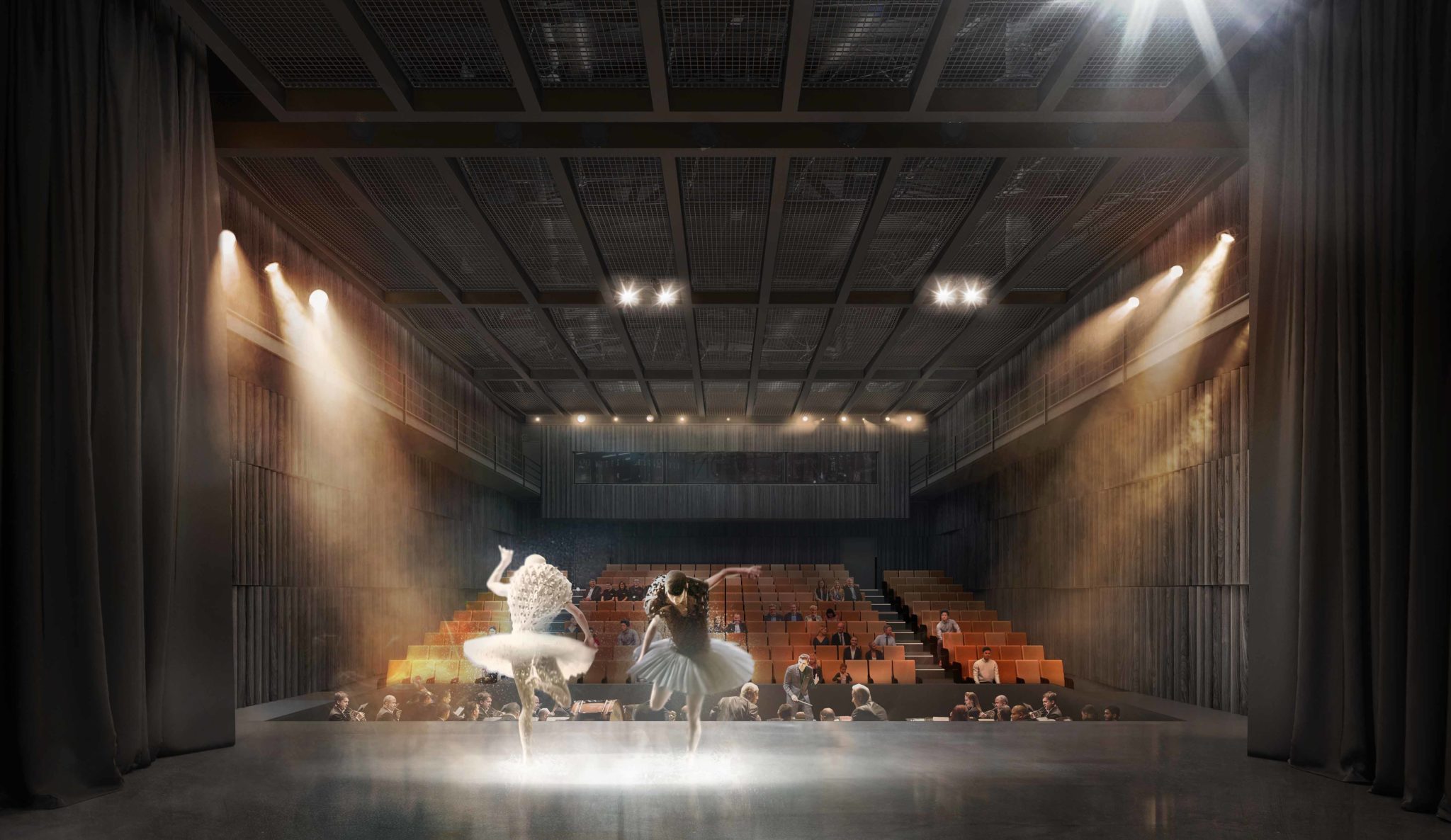 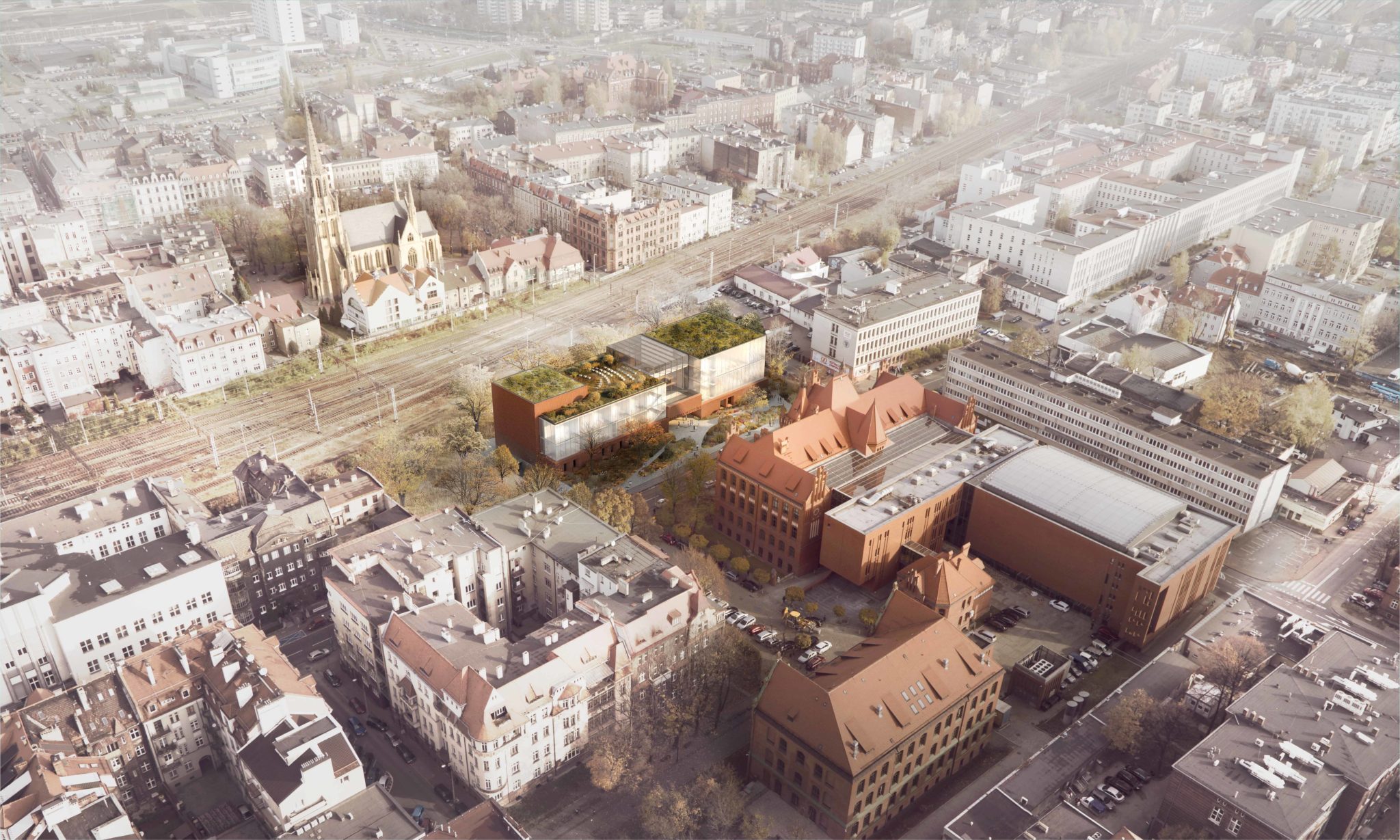