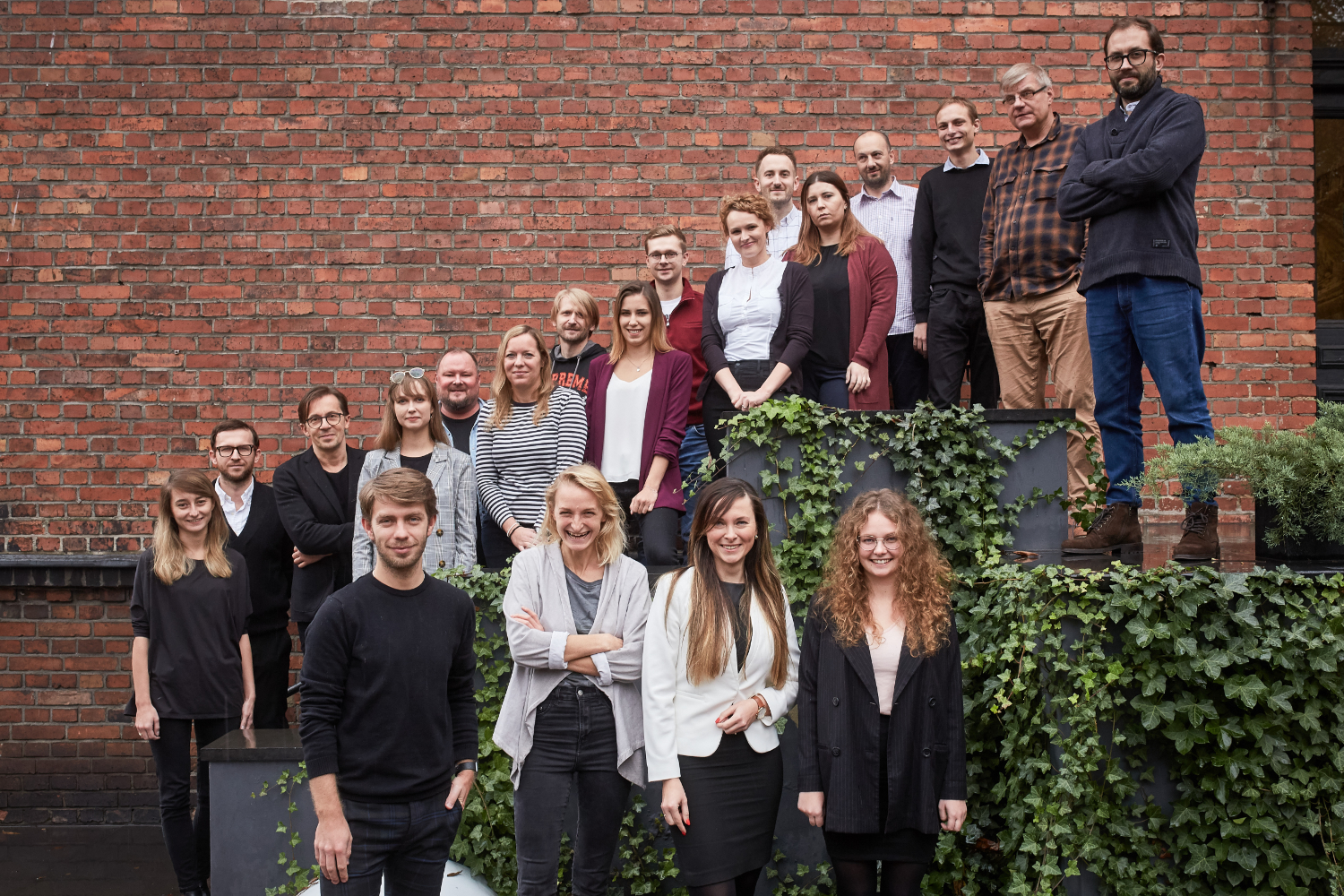 Architecture is an inspiring atmosphere and beauty. It is the passion of creating for people in context of time and place, nature and culture.

Konior Studio is an architectural office founded by Tomasz Konior in 1995. We design putting a man on the first place in context of time, place, nature and culture. The Studio is based in Katowice with a branch office in Warsaw. The team consists of almost 30 architects. The most challenging and the most complex of our projects was the realization of the seat of the National Polish Radio Symphony Orchestra in Katowice with a unique, world-class concert hall for 1800 music lovers and a 300-seat chamber hall. For the team the most important and at the same time the most valuable in architecture is its connection with a city – the way a dense urban tissue creates diverse places as well as atmosphere and identity of public spaces. A good continuation and a constructing tradition allows to create a coherent city which meets the needs of its users.

Join to our team KONIOR STUDIO

Press Glass Headquarters has been granted the Golden A' Design Award in Architecture, Building and Structure Design Category by the International Design Academy, the grand jury panel of the A' Design Award & Competition which consists of influential press members, established designers, leading academics and prominent entrepreneurs worldwide.

As many as three TOPBuilder 2021 awards went to Konior Studio. The statuette for the design and implementation was awarded to: Press Glass, the State Music School Complex and the Ecological Education Center.

Architecture of the Year competiton

Tomasz Konior has been the laureate of this year's award Accessibility Leader in the category Architect/Urban planner.

Distinction of the Marshal of the Silesian Voivodeship 2016

for outstanding achievements in the field of architecture using concrete technology

Award of the Minister of Culture and National Heritage

3rd place in the Shopping Center of the Year category for Supersam.

for the architectural design project: "New Library of the Republic of Poland - project of modernization of reading rooms and public spaces of the National Library".

The Silesian Region Architecture of the Year 2015

Association of Polish Architects SARP, Katowice branch, has nominated the Parkowa Villas in Katowice in the Silesian Voivodeship Architecture of the Year 2015 contest.

I Prize in the contest

for the seat of the National Music Schools No. 1 project in Warsaw

for the seat of the NOSPR project

Nomination for the SARP 2014 Year Award

The seat of the National Polish Radio Symphony Orchestra project was found the best architectural object of 2014 according to polska.pl users

Diploma of the Minister of Culture and National Heritage

Platinium Laurel of Skill and Competence

Rewarded by the Silesian Regional Economy Chamber to Tomasz Konior for the seat of NPRSO in the "Event of the Year 2014" category.

for the project of a concert hall in Jastrzębie Zdrój

for the Center of Science and Music Education “Symfonia”, Katowice

Distinction in the national Cement in Architecture 2005 competition

for the Museum of the Duke’s Brewery in Tychy

for the Seat of National Polish Radio Symphony Orchestra in Katowice

for contributing to the creation and building the identity of Silesia

1st prize in the Polish Cement in Architecture 2006 competition

for Gymnasium and Culture Center in Białołęka

for Gymnasium and Culture Center in Białołęka

for Tomasz Konior. The international jury of the competition organized by The Chicago Athenaeum and the European Center for Architecture awarded the top 40 young architects among hundreds of applications.

for The Center of Science and Musical Education Symfonia, Katowice (in Public Service category)

for Gymnasium and Cultural Center in Białołęka