Location
Katowice
Project
2007
Investor
LC Corp
Design team
Tomasz Konior
Andrzej Witkowski
Aleksander Nowacki
Wojciech Czapnik
Dominik Czajkowski
Piotr Zowada
Maciej Niewiadomski
Area
186 820 m2
Description
The building grows out of Silesian land, rich in black gold. Its external walls resemble the rough surfaces of the coal pillars from which coal was extracted in the nearby Katowice mine. The crystalline form brings to mind other forms of carbon - graphite and diamond. Bold, dynamic cuts reveal the interior of a dark chunk - white, crystal-shiny walls of the towers. They also emphasize the dual structure of the building, the opposition between chaos and order, rawness and sophistication, nature and culture. The building has the ambition to become an icon of new Silesia, modern, using high technologies, looking to the future, but also remembering about its history and the uniqueness of the place.

The building is located at the intersection of two functional axes of the city. The axes form the building structure. The Science Axis runs between two towers, the Culture Axis divides the podium by cutting out an atrium in its block. The axes also form the communication skeleton - on the Science Axis there is a passage and a pedestrian crossing through the object. There are main entrances to the building on the Culture Axis, along with a footbridge over the DTŚ connecting the revitalized areas of the former Katowice mine with the city center.

The building, due to its location directly on the Silesian DTŚ, forms a gateway to the city. For people who enter the city, it is the first large building in Katowice. For transit travelers, driving down into the tunnel under the center of Katowice, it becomes the symbol of the city, the only building that remains in memory. 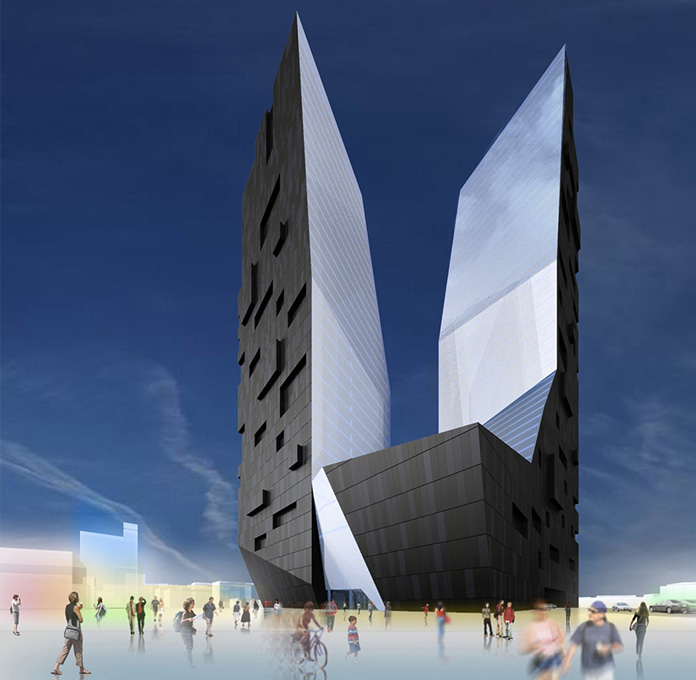 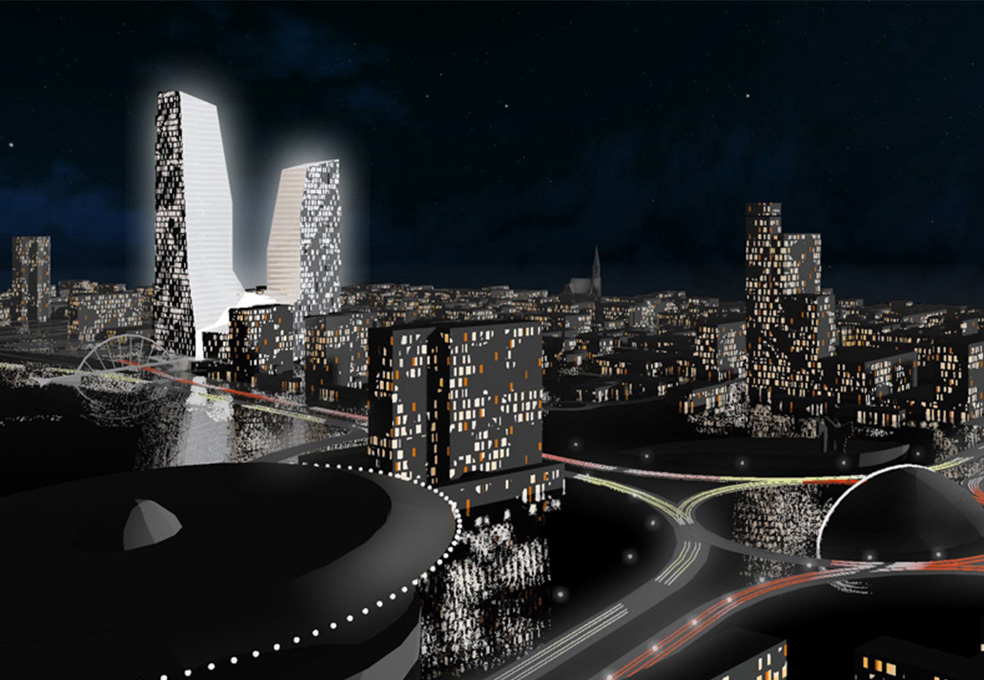 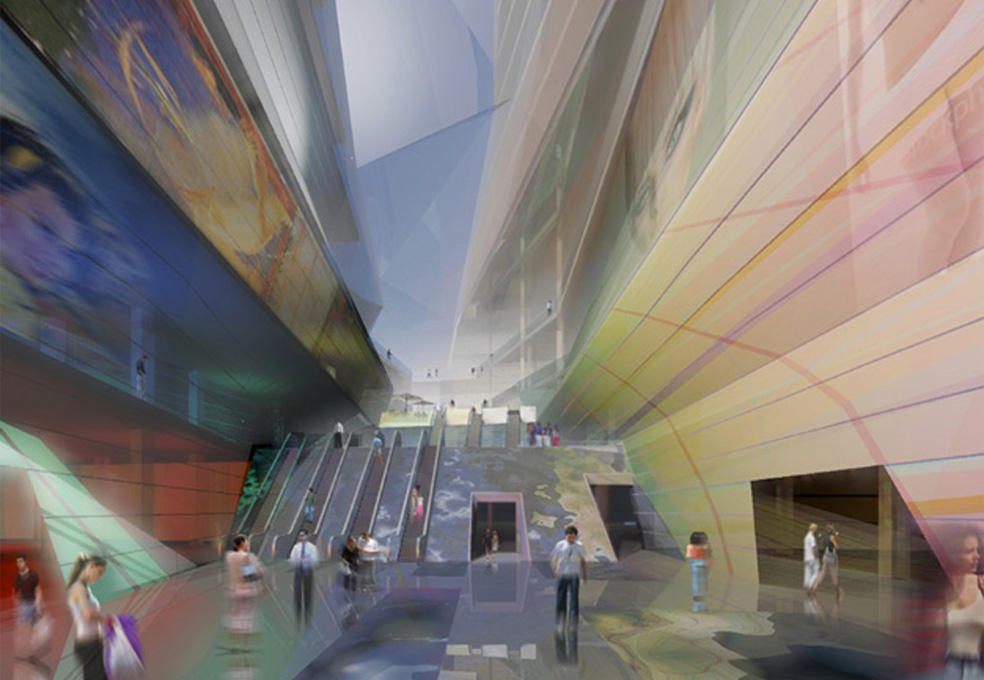 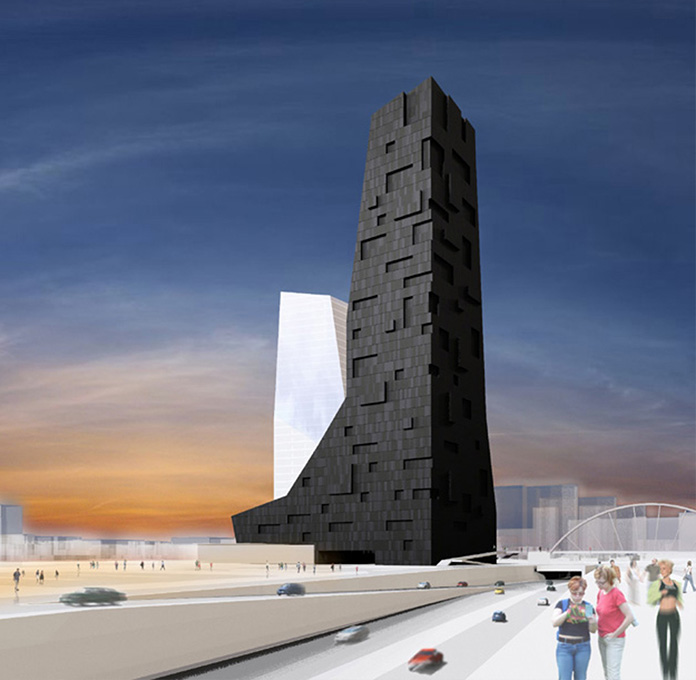