The readability of the building lies in the juxtaposition of
two blocks: a low, two storey - housing administrative and office functions, and a high 10-storey, in which a courtroom zone has been designed.

The common part, i.e. the ground floor and first floor, is
the entrance hall area, public functions with the secretariats of individual departments.

Each part of the building clearly defines the function it
contains. The low section is a good solution for offices and administration.

The high part corresponds to the need of separating courtrooms and mutual accessibility for judges and clients.

The symbolism of a public facility particularly important for
the court building is expressed in an architectural form, combining democratic procedures with the seriousness of justice.

On the one hand, simple, low architecture, immersed in
greenery and leading to the entrance hall, on the other - the "gate of justice" dominating in scale, going beyond the immediate surroundings.

A fragment of the city space that will become the whole
assumption of the district court is one of the most important places in Katowice, in the zone of the immediate surroundings of the center. In addition, it connects two important streets: the existing - Francuska and the planned - Damrota.

Both of these values ​​are realized by a conscious combination of high and low parts of the building and maintaining the line and scale of development of Francuska Street. 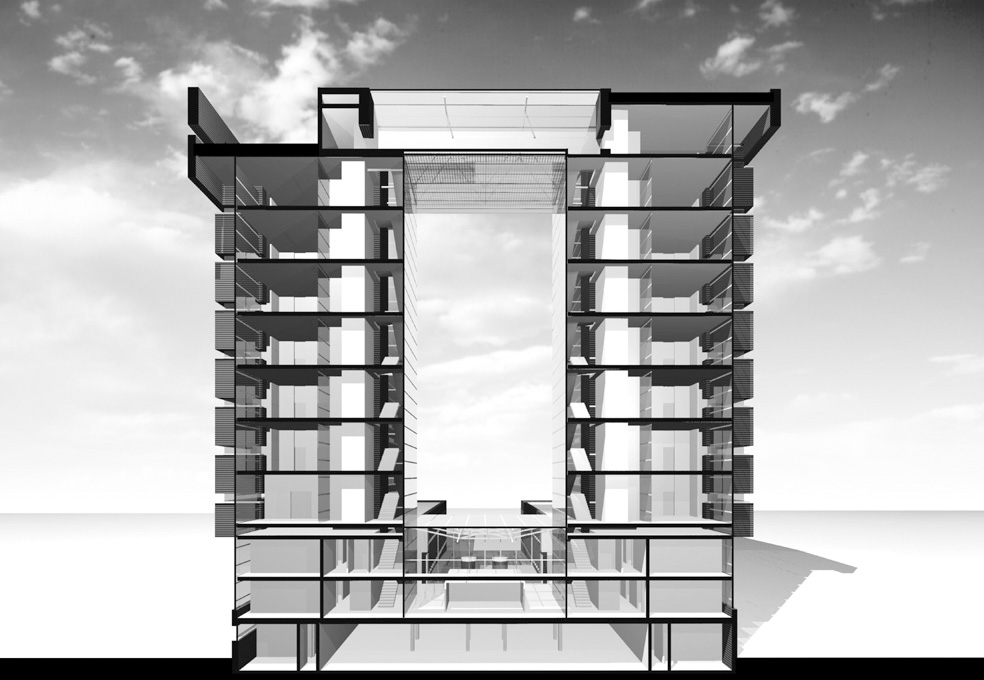 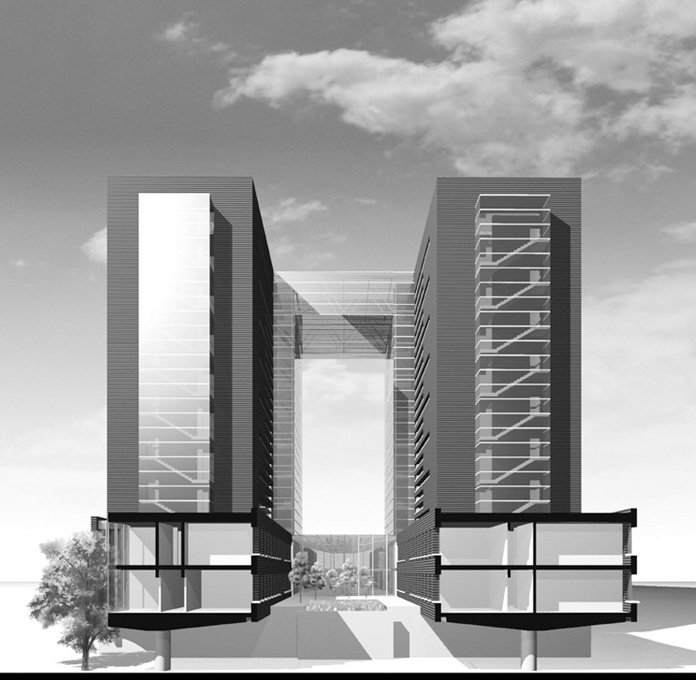