Two structures in one building: massive, closed, subordinated to music and open, transparent dedicated to the audience and habitants.

Two functions: the main and fundamental is the headquarters of the Orchestra, and the complementary one is widely available space of the public edifice.

Two languages of architecture: historical, diverse, giving the character to the place, and contemporary, referring to tradition but using its own language and today's technological possibilities.

The edges of neighbouring buildings determined the outline of the edifice, the outer and inner frontages of the unfinished development’s quarter. Recognizable motive of this building is gradation. This solution allows you to not only move between levels, but also consistently shape the building's chunk. Starting from the stairs at the entrance square, which penetrates into the interior becomes a foyer, through the parade stairs combining the next levels and ending on the roof, which, being the fifth elevation, took the spectacular form of a stepwise observation deck.

The most important space is the concert hall. It has an auditorium for 1300 music lovers and a stage designed to give unlimited possibilities of arrangement: from cosy, solo performances to grand monumental concerts to a large symphonic orchestra and choirs. The highest sound quality and esthetic and visual experiences determine the unique character and atmosphere of the concert hall, its spatiality and finish are whole subordinated to music. 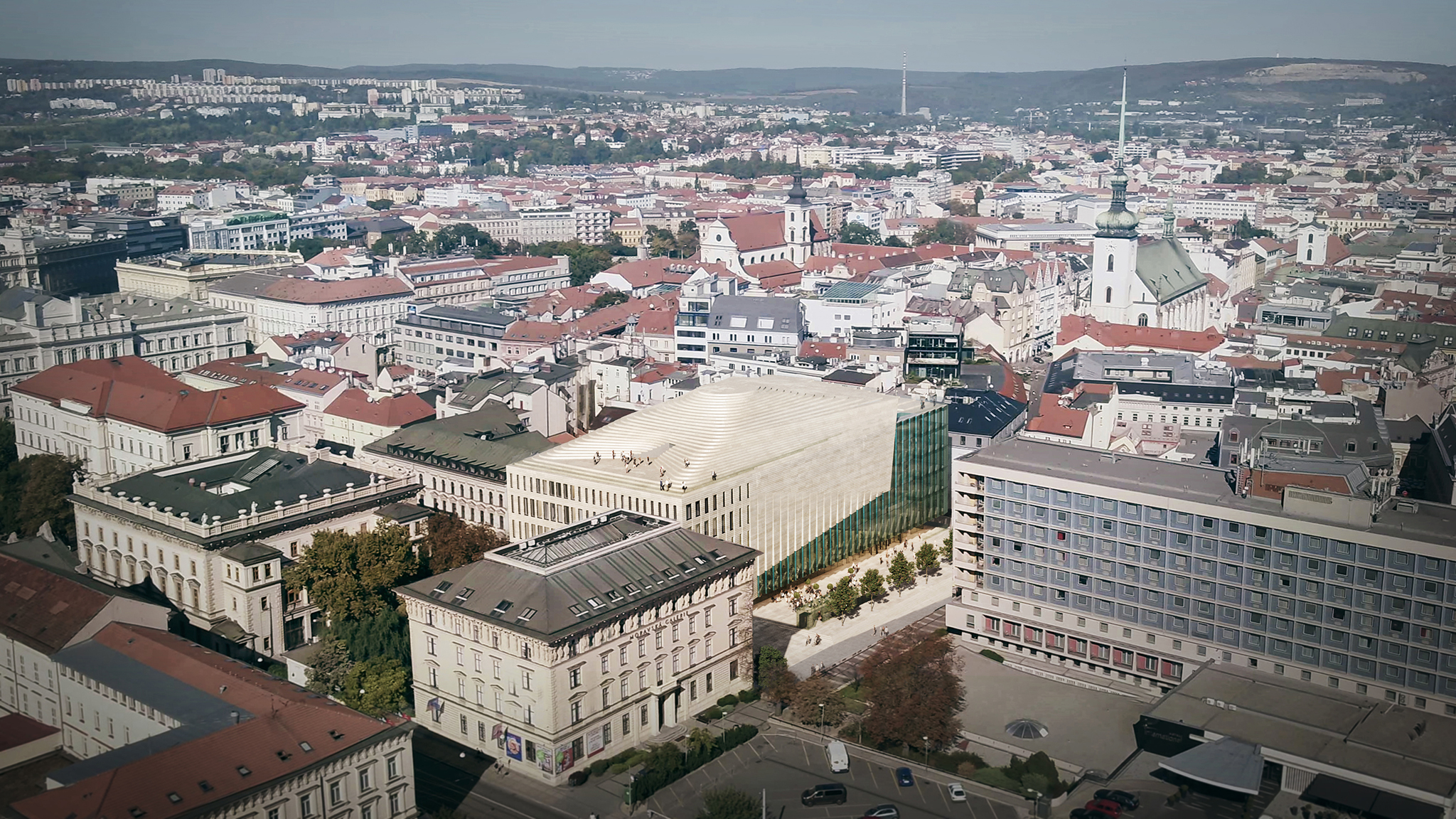 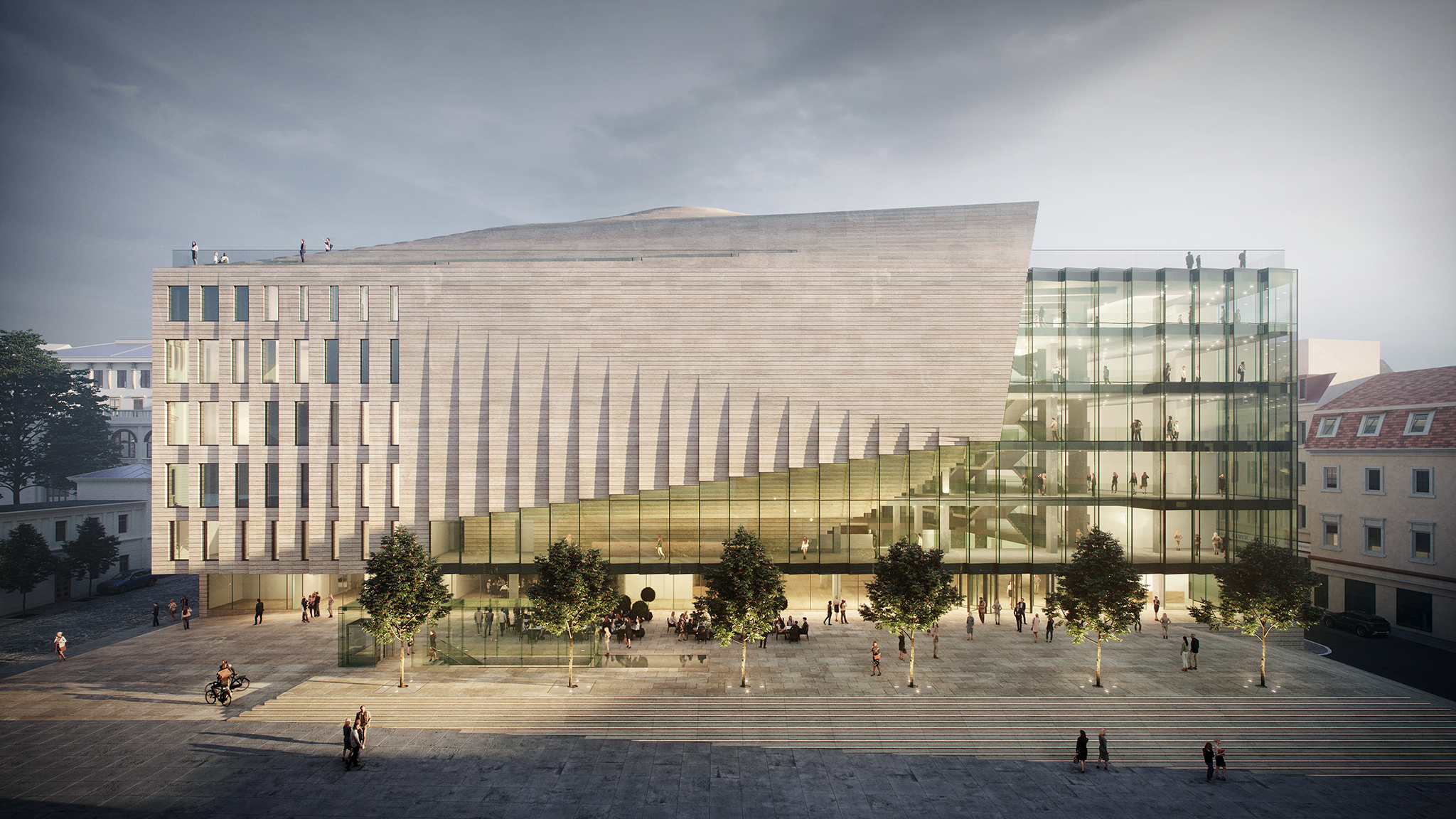 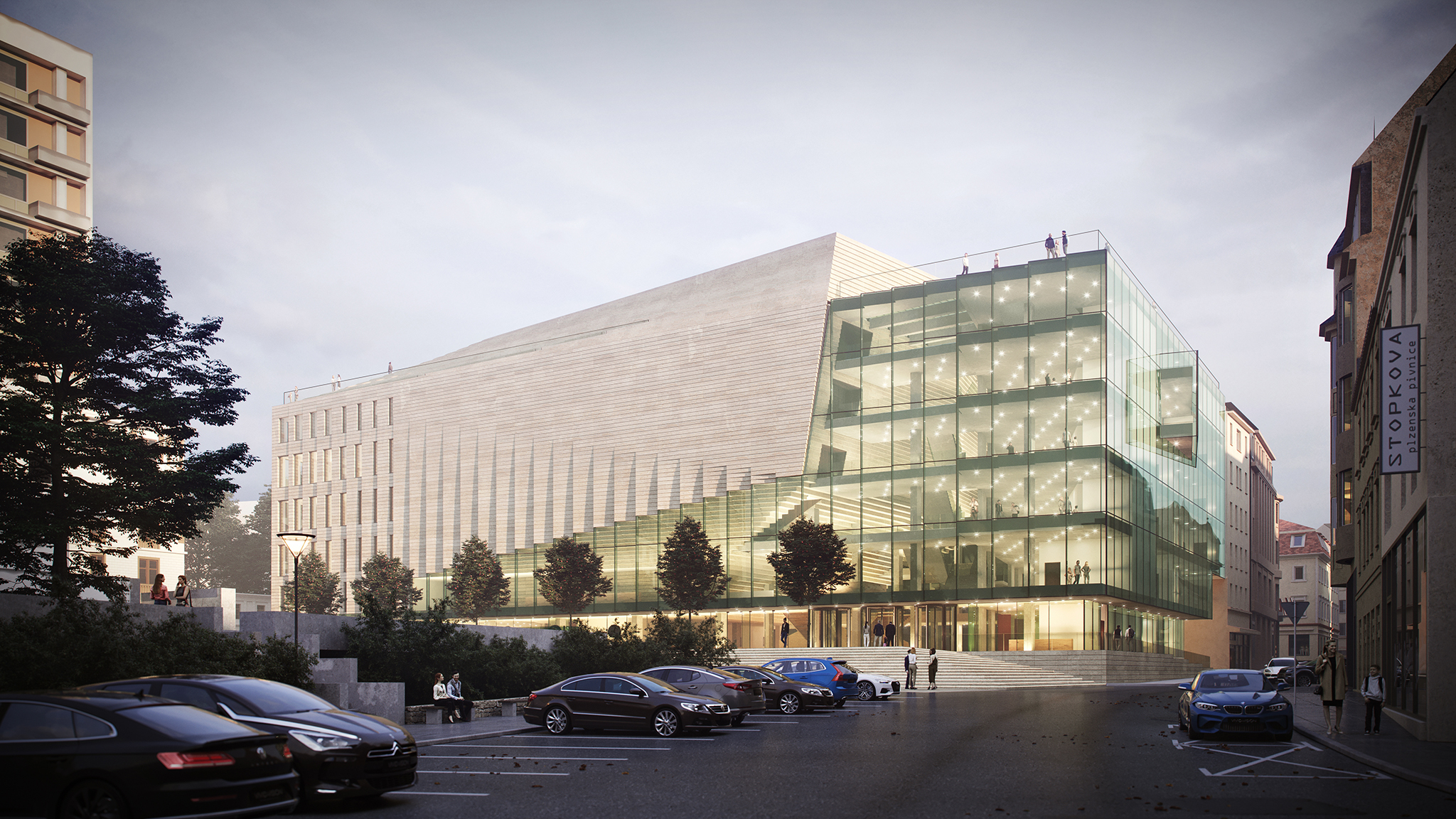 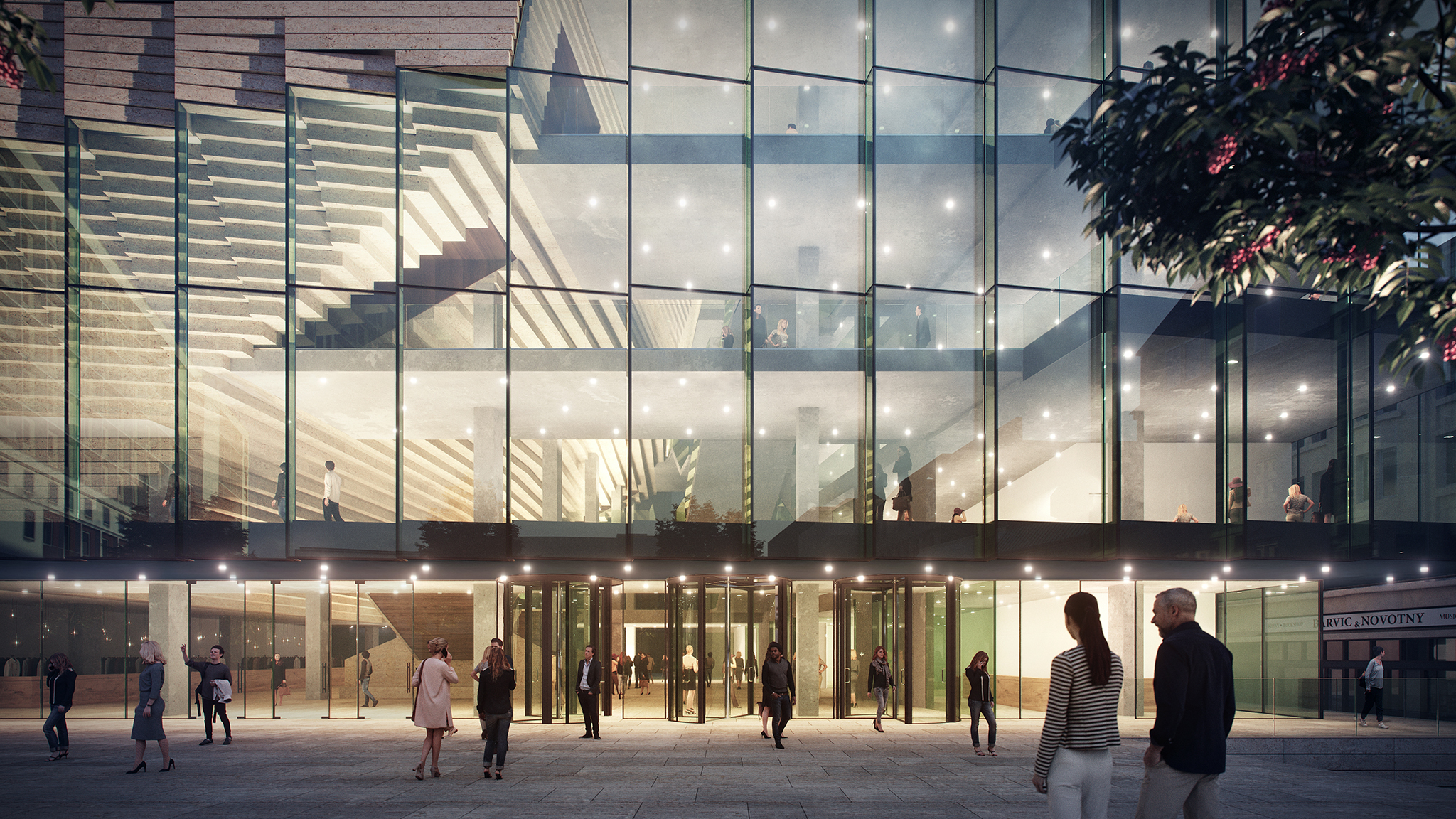 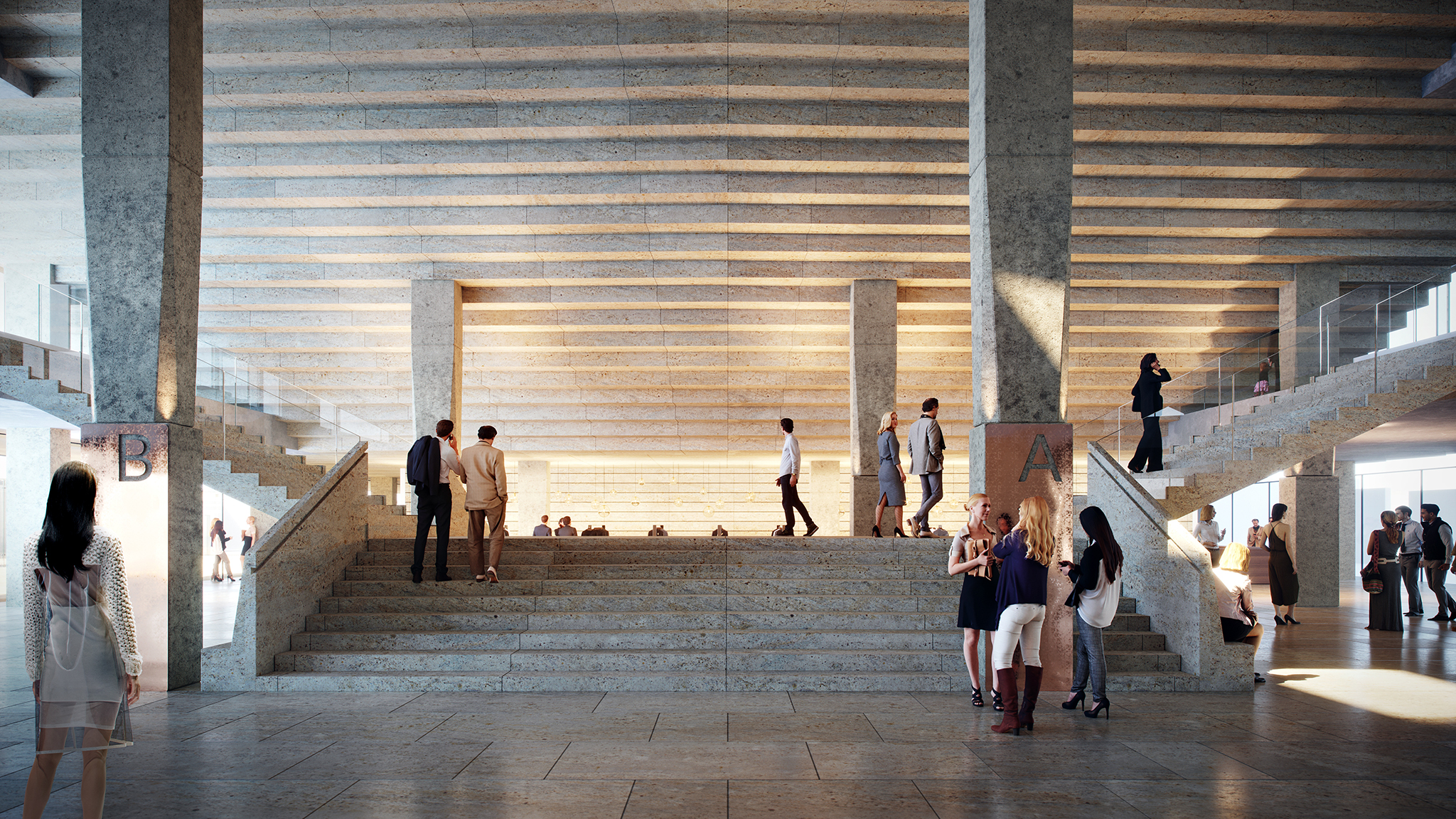 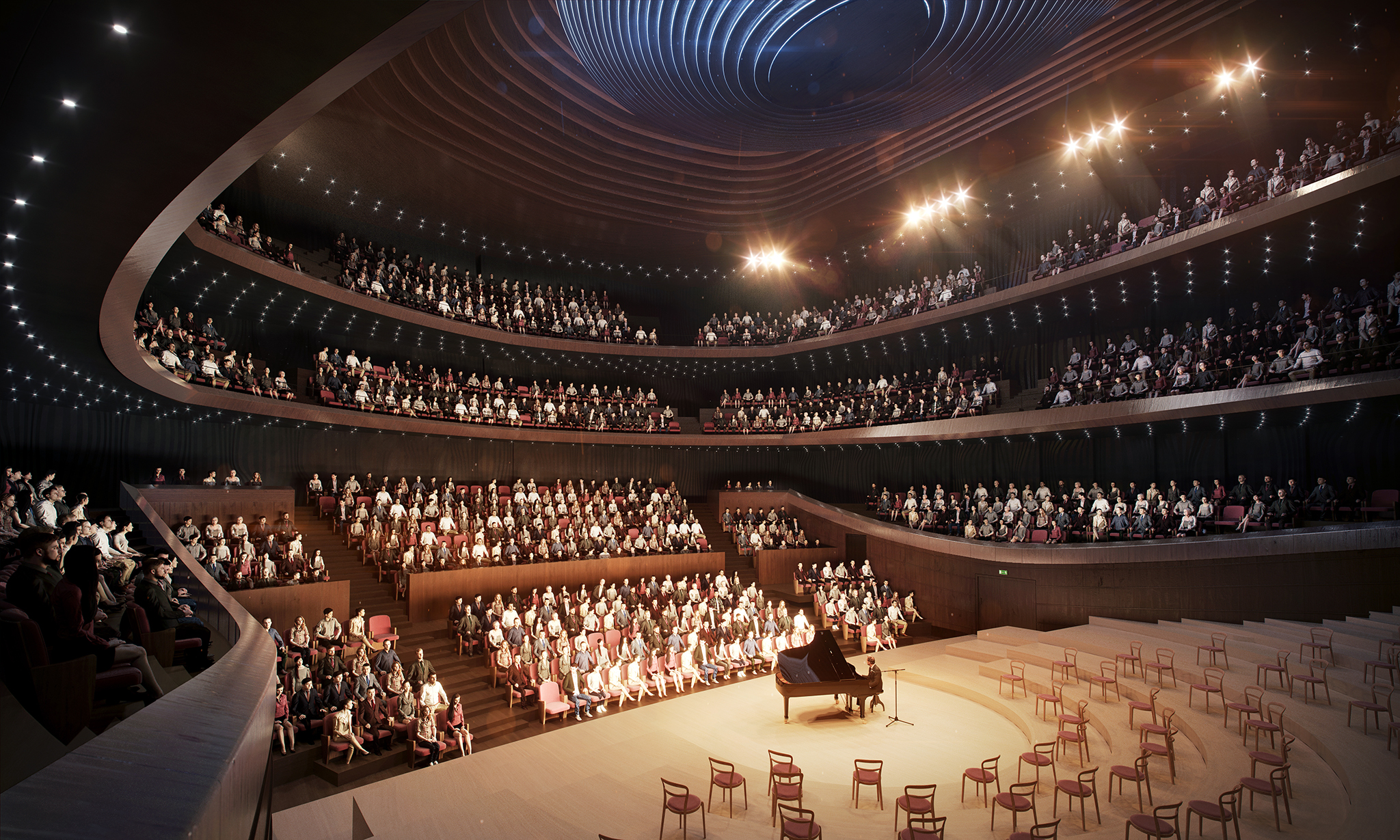 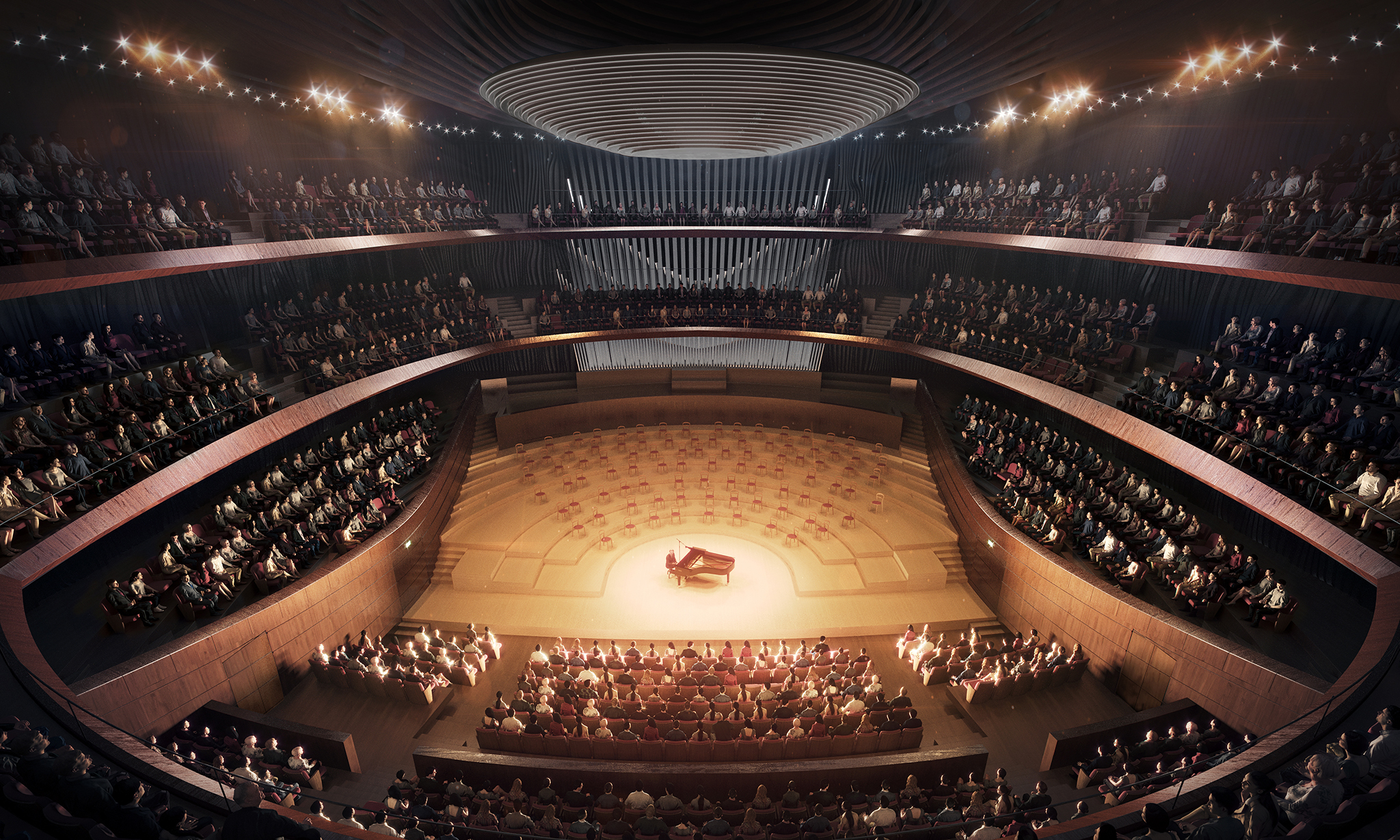 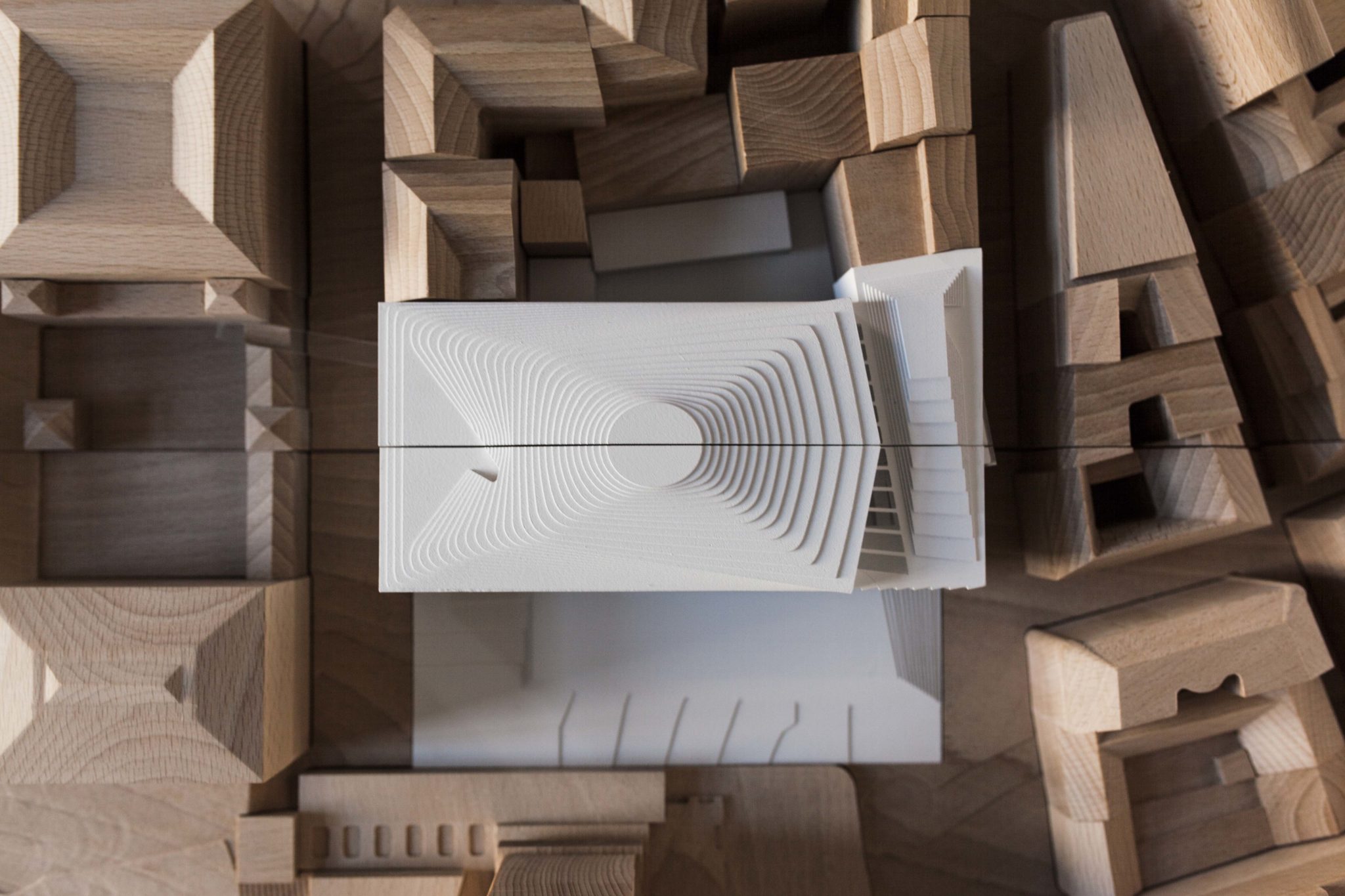 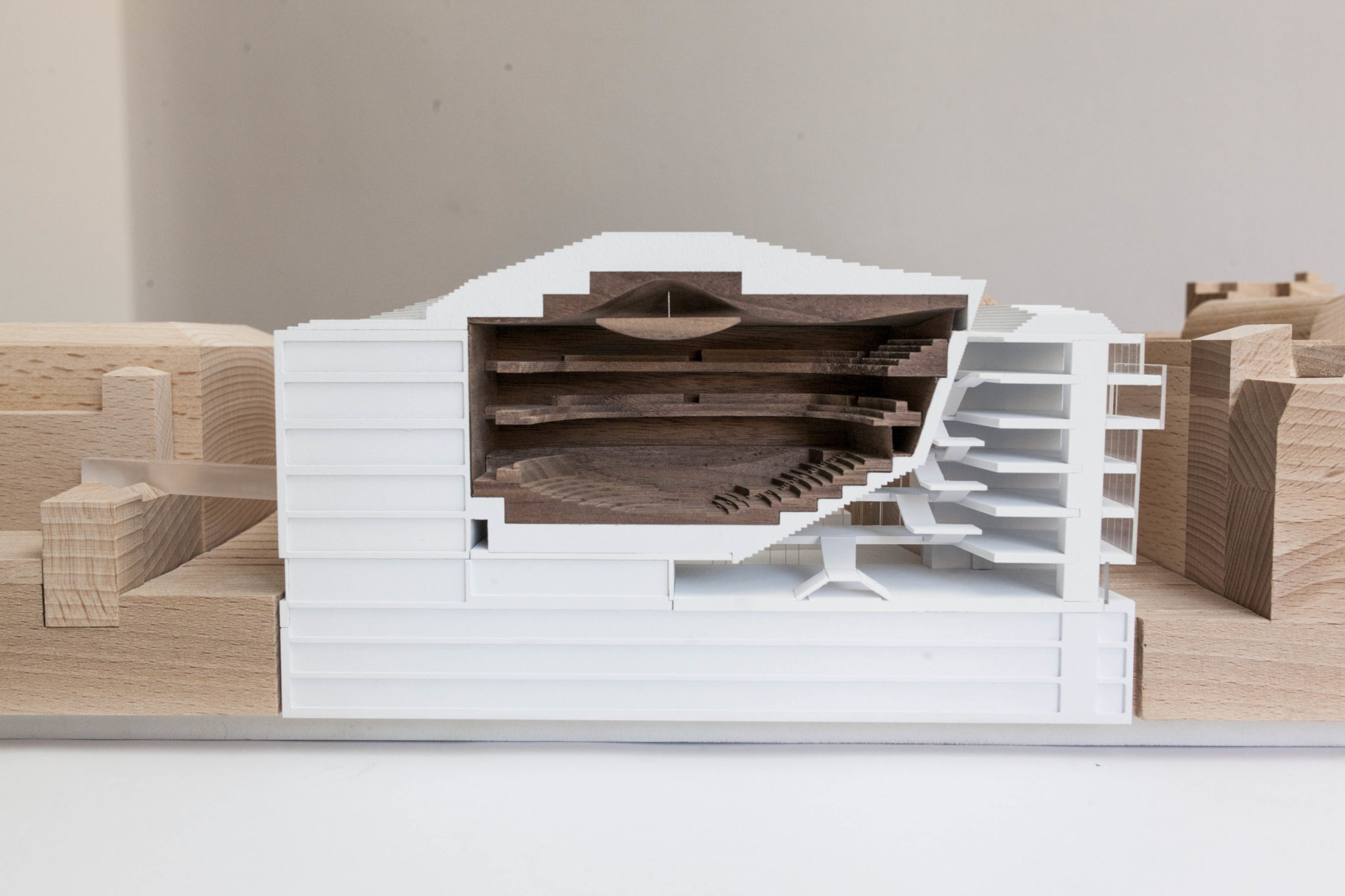 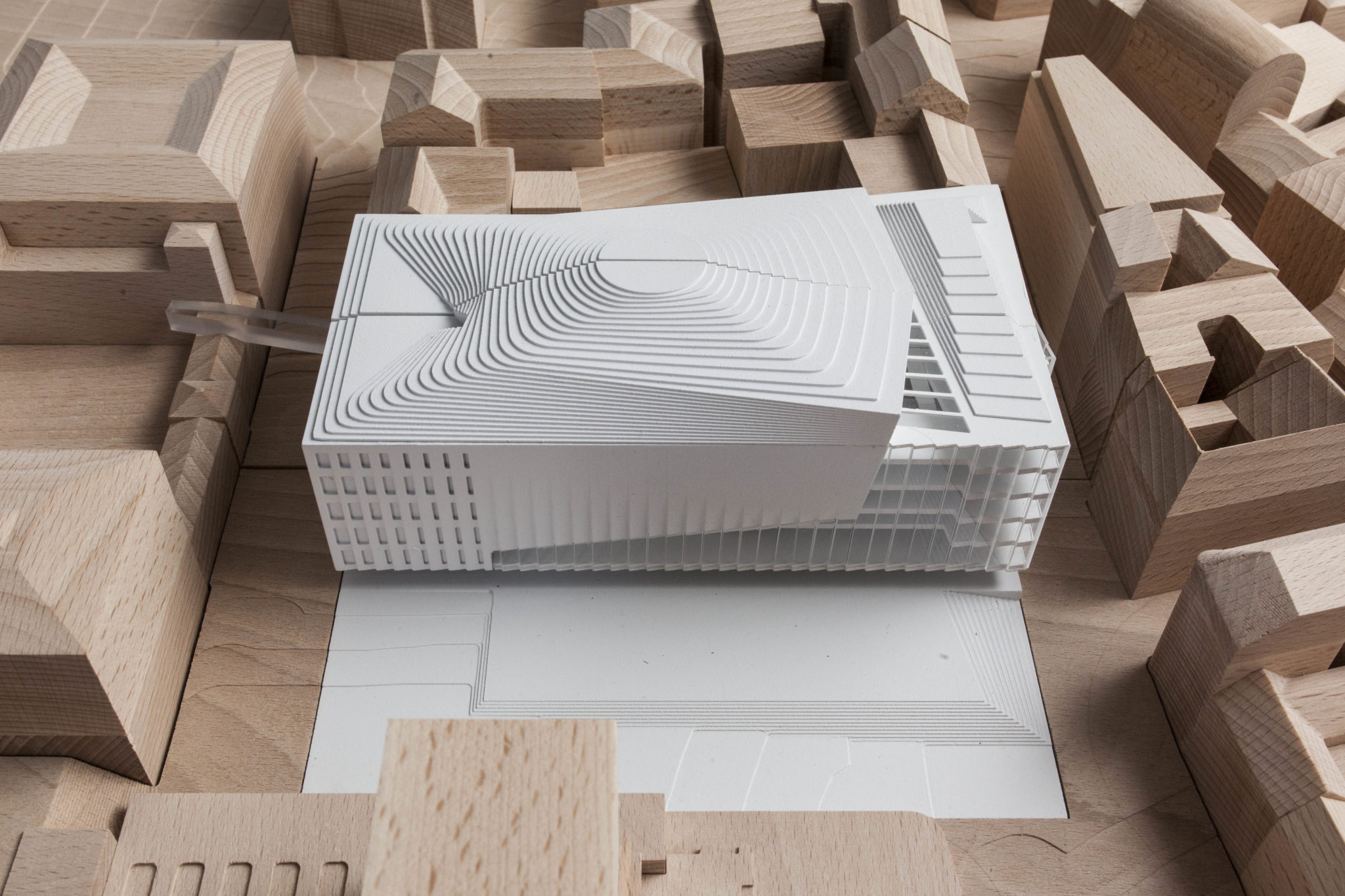 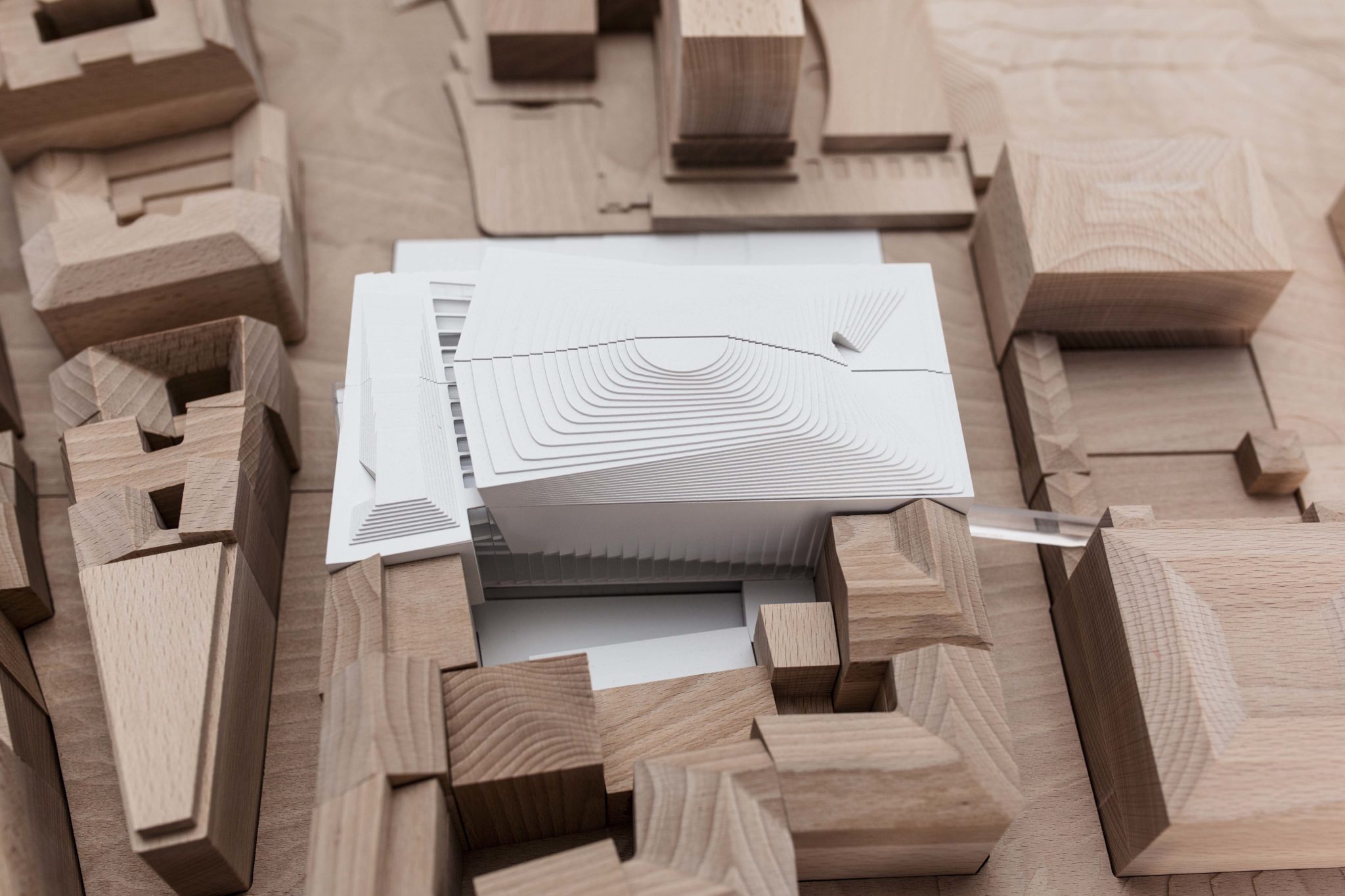 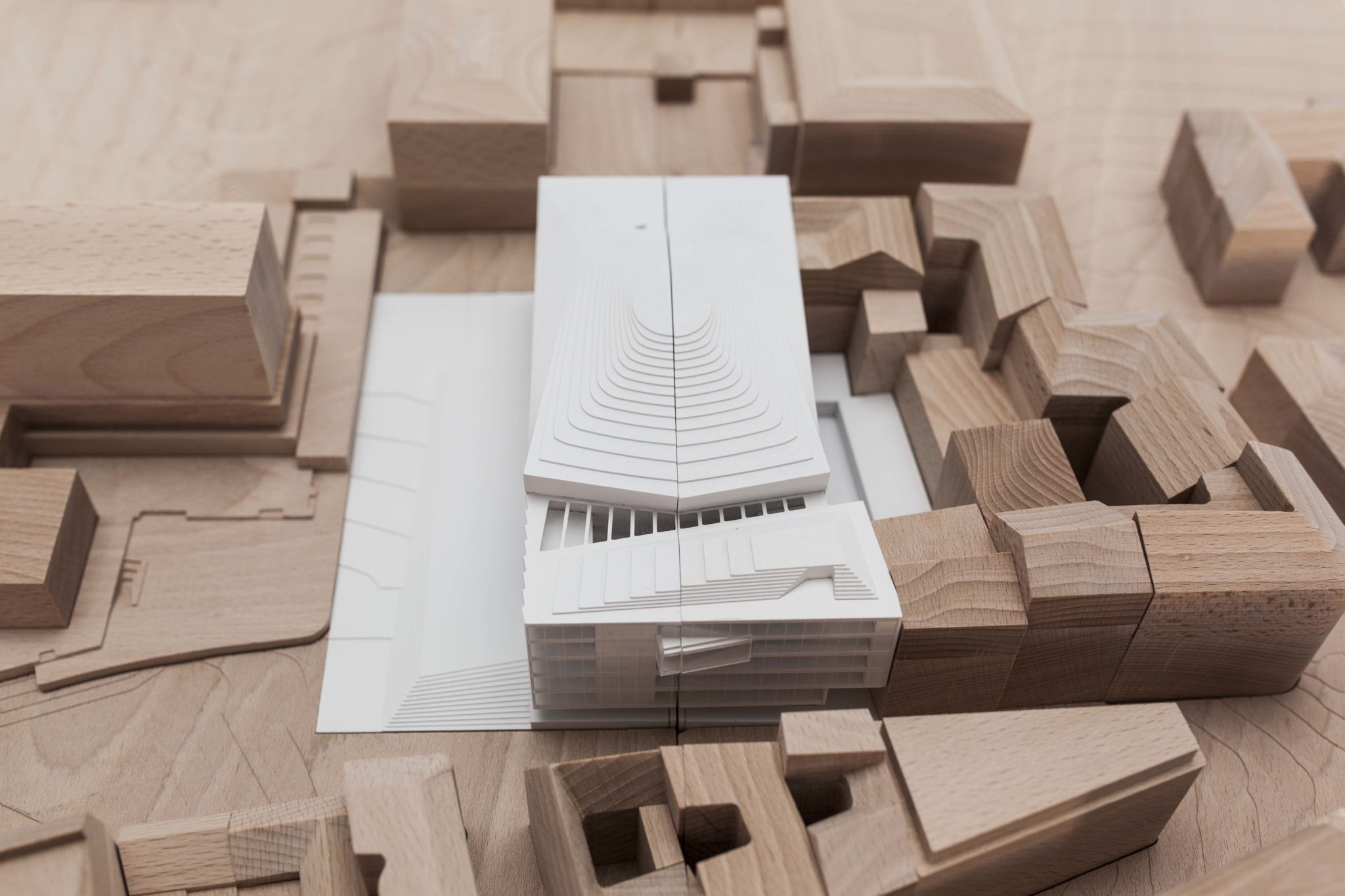 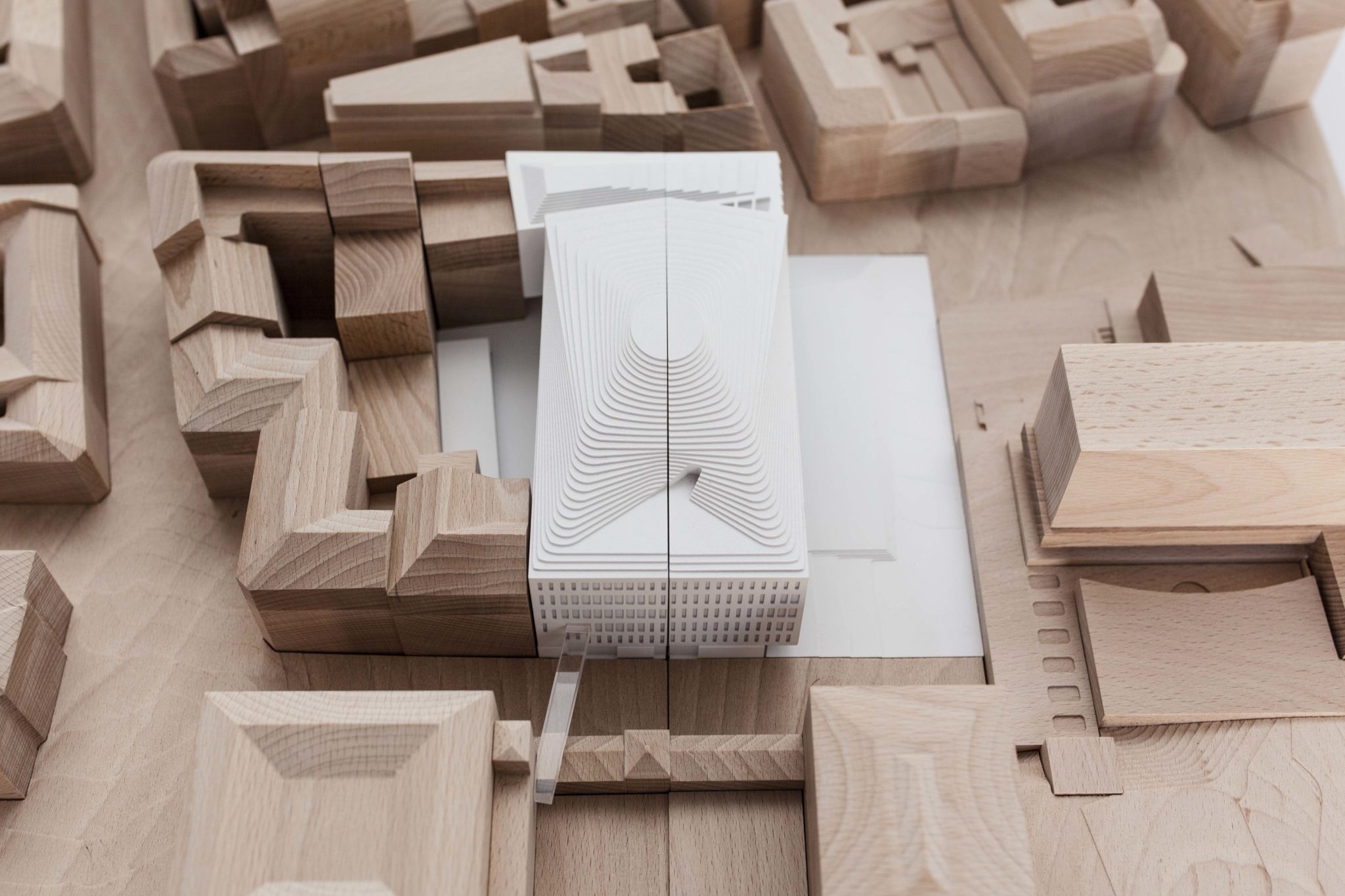