Location
Korea, Daegu Gosan
Project
2012
Investor
Daegu Gosan
Design team
Tomasz Konior
Andrzej Witkowski
Dominik Koroś
Michał Lipiec
Marcin Piotrowski
Mariusz Wronowski
Usable
3180 m2
Description
The area for the new library is located between the park and a disordered, characterless square. Searching for an idea for an object, we excluded a solution: a "building-barrier" that, standing between important public spaces, will effectively separate them. We were looking for a "building-invitation" that, by connecting urban spaces, would become a symbol of integration. By dividing the block, attractive outdoor spaces were created with a characteristic "aisle-passage" enabling communication between the square and the park. Creating a peculiar "world between" we are building a new phenomenon on the urban trail allowing for "passing through" the building without having to "enter" the building.

In its practical and symbolic assumption, the created space connects the city, time and people.

The bridge expresses this symbolism in a clear and simple way. Here it translates into the language of the building. Its mass is formed by three elements: two, massive "blocks-pillars" standing on the square and the third - a light span suspended over the square, the structure spanning between the pillars at the level of the third floor. The arch solidly binds all three elements into one, functional and spatial whole. This creates a sequence of interpenetrating indoor and outdoor spaces, view openings and perspectives that make the building enter into a strong dialogue with the surroundings. 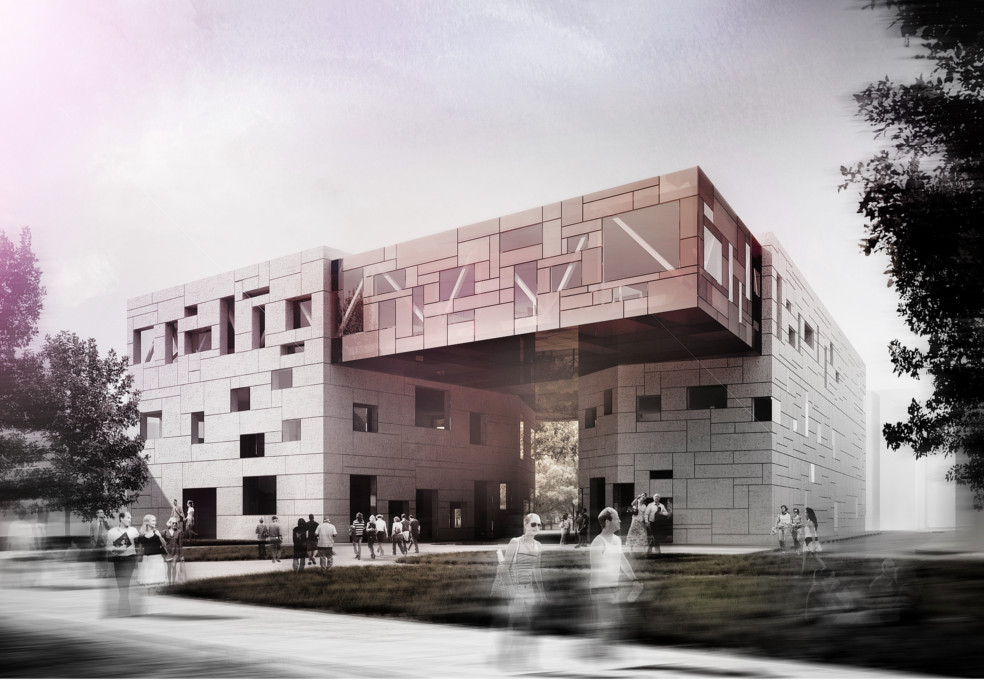 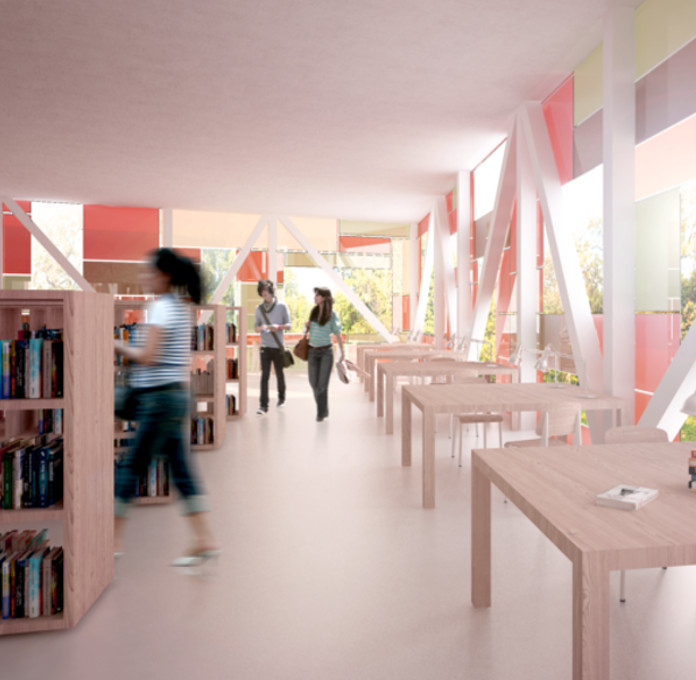 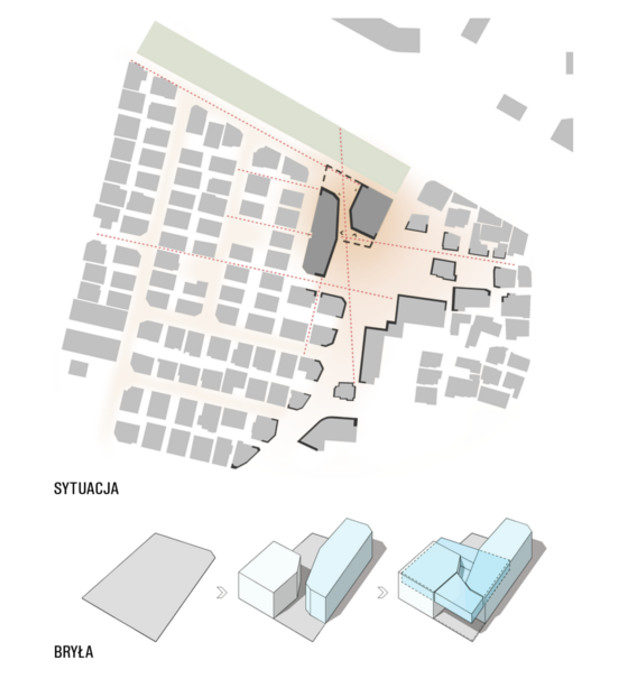